Amoskeag Beverages LLC is the largest beverage wholesaler in New Hampshire selling over six million cases of beer and soft drinks annually and representing brands such as MillerCoors, Boston Beer, Crown Imports, Red Bull Energy Drink and many more. With a sales force of 36 field reps, increasing efficiency and productivity matters to the VP of Operations, Paul Malandrino.  Hear how Amoskeag Beverages not only found a solution to its manual mileage capture headache, but cut its vehicle program costs by 52% with Motus.

In this session, you will discover how Amoskeag Beverages was able to: 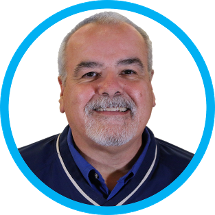 Paul has nearly 40 years of experience in the wholesale beverage business.  He began his career as a route delivery driver for Silver Bros. Inc. and worked his way into an operations role a few years later. Being an employee of Amoskeag Beverages for 27 years, Paul has held various  operations management roles in which he was responsible for hiring, equipment procurement, and inventory and route management.  In his current role as VP of Operations, Paul focuses on operational efficiencies and innovation.  Most recently, Paul implemented Green Initiatives to reduce energy usage at Amoskeag Beverages by 25% and enforced a paperless operation by outfitting drivers with handheld units.